Posted by Navya Arora on October 22, 2015 in Blog | Comments Off on KARMA YOGA 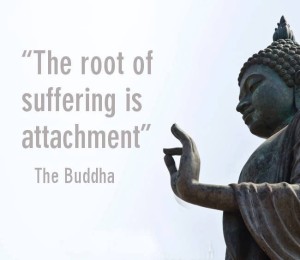 Being born as humans in this existence, we cannot avoid “Actions”. In order to live and survive one must act. Actions are not only inevitable but also important for the expression of life energy. The question thus, then comes of the quality of one’s actions. Of course, acting without harming the other and basically indulging in good ‘Karmas’ is what we all as humans try to do. But a yogi does not stop here!!

BEING A KARMA YOGI

Karma Yoga is one of the main branches of Yoga that deals with this important aspect of ‘Actions’ or ‘Karma’. It clearly specifies that an action should not be done with an attachment towards the result that it may bring. When an action is done in expectation of a favorable result, it simply enhances one’s ego. Result-oriented actions are nothing but expressions of “wants”, “desires” and basically seeking fulfillment out of one’s actions. Karma Yoga tries to teach that contentment should not be sought from the results of one’s actions. In fact it is the other way round. One should act with the background of contentment and satisfaction. It is only when one is able to do that that one can perform actions selflessly without any attachment to the result.

A true Karma Yogi thus begins to understand that in this entire creation “he” has no control, that “he” can do nothing until the creation permits it, that “he” is just an identification of ego. Acceptance, surrender, happiness and contentment become natural qualities of a Karma Yogi.

A REFERENCE TO THE ANCIENT TEXTS

Bhagwad Gita, one of the ancient texts of Yoga also talks about Karma Yoga as Krishna says

In the above chant Krishna tells not to let the fruit of one’s action become the purpose of one’s actions. Karma or performing an action is the right of every person, he explains, but the person cannot claim any right over the result of his actions.

Not only The Bhagwad Gita but also Buddhism advocates the same philosophy. When Buddha says that “Desire is the root cause of all suffering”, he simply means that expectation of the fruit of our actions is the only cause of our sufferings.

It is beautiful to see how different masters living in different times and born in different places lead to the same conclusion and why not, for the Truth can be expressed in different ways but it is after all the same.

KARMA YOGA IN OUR DAILY LIFE

Of course, the theory of Yoga is of no use until we adopt and practice it in our lives. It has become so natural for us to work and act in anticipation of results and hence the suffering (as Buddha said). When we help a person, we expect him to help us back in our hard times, when we work hard for an assignment, we expect it to be a big hit. Let us begin to analyze our daily actions and the motives and intentions behind those. And then let us drop all those motives, all those expectations. That is the real freedom and in that is the real contentment of life.