Non-action in yoga: the end of effort

Posted by Matthew Yap on September 23, 2019 in Blog | Comments Off on Non-action in yoga: the end of effort

The word yoga comes from the sankrit root yug (or yuz/yuj), meaning to yoke or join together. It represents both the unifying process and the state of union. If we accept these terms, then yoga is only necessary at all because our current state is separation. If we did not have a sense of separation, or if we did not engage in the process of separation, we would have no need to actively engage in yoga. 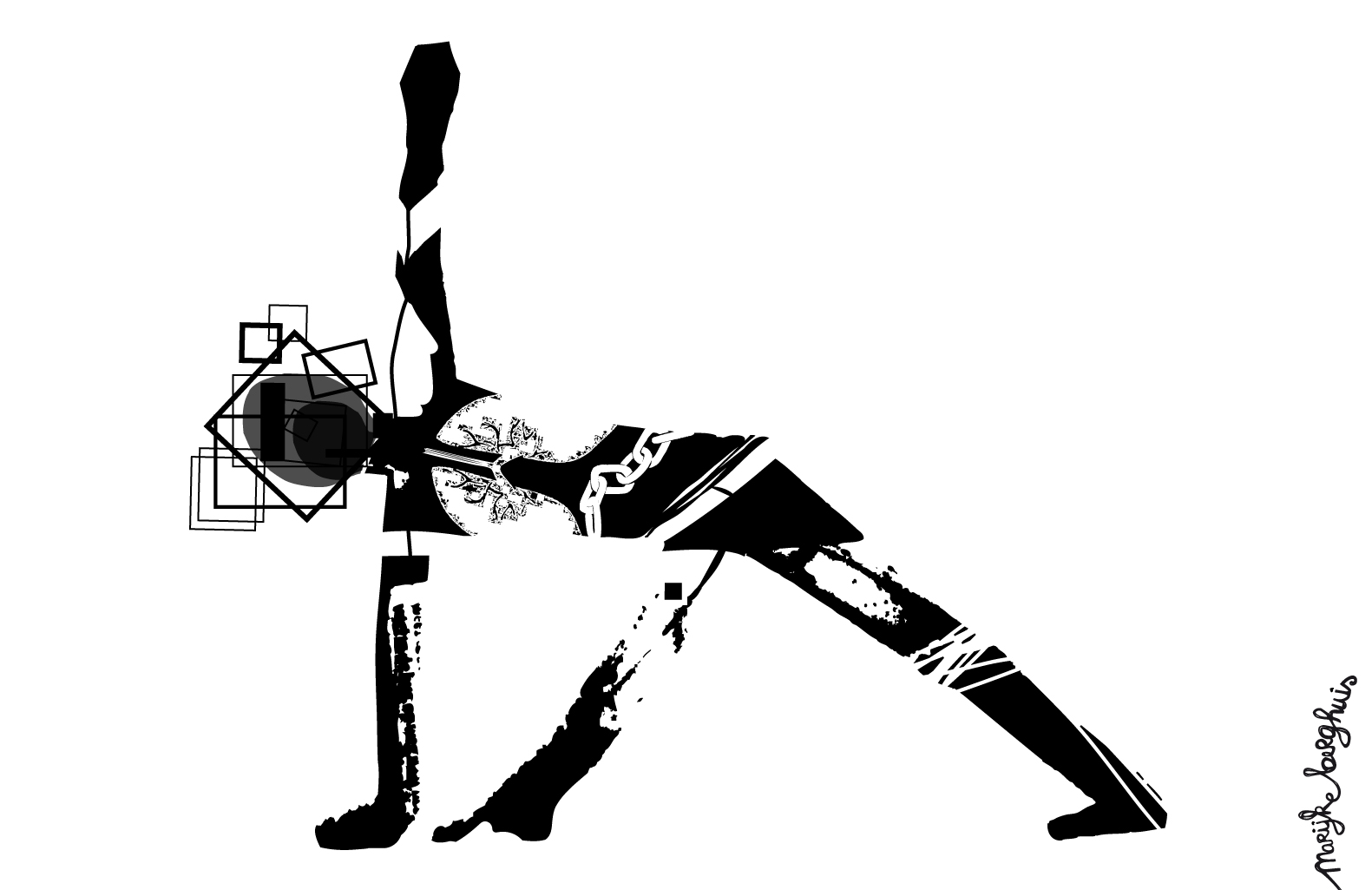 Once we stop separating our selves, yoga is all that is left. It is a natural product of non-action.

We consciously choose to grow, outwards and inwards; to connect with each other and the world around us; to explore the world and express our selves... Each of these is a manifestation of our desire for yoga. But a desire for yoga is (and actions based on that desire are) not enough. With great honesty and humility, we must also admit to ourselves that while we are making conscious progress towards yoga, we take unconscious steps towards the opposite direction. With one hand, we are building yoga, yet the other is causing separation. Here, we restate the introduction of this article: the desire and actions of what we call yoga are only necessary because we are engaging in separation.

The habit of separation from which we must break from began from our environment.

The nature of society and of humanity is to reinforce a sense of separation. We separate the time of day into morning, afternoon, evening, and bed time. We separate the outside and the inside with walls, windows, and doors. We separate each other into boy and girl, child and adult, local and foreigner.

Crucially, we also separate ourselves from the rest of the world. They are strong; I am weak. I am right; they are wrong. My truth. My path. This is all separation. When Patanjali introduces yoga as the control of the modifications of the mind (yogas citta vrtti nirodhah, YS 1.2), separation is a key modification of the mind which we must learn to cease if we are to abide in the true self.

Each time we discriminate or categorise the outside world in subjective or arbitrary terms, we distort our view of reality. Each time we classify something in life as ugly, or uncomfortable, dirty, or improper, we distance ourselves from that. The result is that we feel disconnected, lonely, and bored. And when confronted by these emotional truths, unless we are guided by the wisdom of acceptance, we turn to distraction. Thus, we deepen the chasm between ourselves and life.

Of course, one vital part of the solution is the yoga of action: we do our physical exercises, we do pranayama, and we do meditation. The general public have a strong idea that yoga is something that we should do. However, the dominant discourse of yoga misses the other half: non-action.

It is vital that we learn to cease the actions that continually cause division within us. For those that have done so, they find that they have so much energy and enthusiasm for life. This is because they're no longer wasting energy on unnecessary action or struggle. The art of non-action is the key to efficiency, simplicity, and wholeness.

When we earnestly practice non-action, that is: when we stop and become aware of all that we do, and subsequently let go of that action, we will immediately notice how much we are compelled to unnecessary action. A beginner on the yoga path will find themselves feeling the need to move, to scratch an itch, to look around. There will be a compulsion to follow a thought, to think of all the things we could be doing instead. All of this is action, and all of this is restlessness. When we think of being at one with our senses, and not reacting to or judging what we perceive, this is called pratyahara. Pratyahara is often thought of as withdrawal or closing of the senses, but it is not that. It is simply that what we perceive through our senses does not cause action within us. The whole process of learning to meditate is not to 'do' meditation. It is the process of learning non-action.

But surely, action is necessary for living, you might say, and I would agree with you. If one were to pursue non-action, it is no longer non-action (because of that active pursuit). Therefore, non-action cannot be achieved through doing. Many people attempt to perform non-action (can you see the impossibility of this?) and subsequently fall into sleep (nidra), by suppressing their actions further into their subconsciousness. Action is an inescapable fact of life. If we are breathing, it is an action. If the heart is pumping, it is an action. If we are present with the harmony of the universe, it is an action. However these are examples of action that do not come from a sense of separateness, and do not cause division. Various traditions have passed on the concept of 'action without doing.' In this way, life can be lived fully, but without leading to further attachment or suffering.

In the Taoist philosophy, this is called wu-wei, or doing without doing. This is not just an abstract philosophy; it is also embodied in the martial art of tai chi, where effective movement and force is applied without engaging the sense of duality or doership.

Doership and the yoga of action without causing karma, is a central theme in the Bhagavad Gita. The secrets of karma yoga are laid out for the reader. "Whoever sees inaction in action, and action in inaction, is wise among men. He is a yogi, who has performed all actions." (BG 4.18)

When asked which of action or inaction Arjuna should choose, Krishna tells Arjuna that action is superior to non-action. But to follow the yoga of action, an understanding of divine action is required.

In the lines that follow, Krishna tells Arjuna the qualities of action in a yogi. Without desires for results, hope, or possession. Accepting of what comes, unaffected by the opposites, and even-minded in success and failure... Any actions performed do not cause further attachment or suffering for the yogi. (BG 4.19-23)

The yamas and niyamas described by Patanjali are another good starting point to understand how to bring about action without the sense of doing, and therefore without causing separation. To act from a place of contentment (santosha) means that non-stealing, non-covetousness, and non-violence (asteya, aparigraha, and ahimsa) all come naturally. But these principles are just a guide; true understanding will only come when we have experienced that for ourselves, and unlocked the boundless bliss of being without doing.

Through self-study (svadyaya), we can observe the compulsion to act when we try to perform non-action. We might even come to understand the root of this compulsion. Through the discipline (tapasya) of concentration (upon the state of freedom), the grosser compulsions lose their hold on us. In this process, which requires much humility, we learn to see action in inaction; though on the surface, we may not be doing much, the simple act of being aware and non-attached within stillness is a great and gentle feat.

Through the practice of yoga, we learn to find the inaction within action. How do we do this? Let us imagine that we are practicing the trikonasana (triangle posture). A student could do the posture and reach right down to the front foot, keeping the back foot down nice and firm, and open up the arms through the chest, but in reaching so far, the breath is laboured, the student is wondering how much longer they need to stay here until the pose is finished, and measuring their progress compared to how they were last month and compared to the rest of the class. This is a classic demonstration of effort. However, take the following example: the student knows the trikonasana pose, and remains balanced and aligned within the legs, the spine remains long and easy while the belly breaths in and out, unhindered by the position of the body or the influence of gravity. The student is content, in no rush to reach anywhere, and is also balanced within mind - not just in the body. The student’s body may be in exertion but it is an expression of celebration and joy (as opposed to one of striving or proving oneself). The student is fully within their being during the pose, and not trying to attain anything. There is nothing to do.* This latter example is the essence of 'prayatna shaitilya' (relaxation of effort) in Patanjali's description of how the practice of posture leads to a dissolving into the infinite (YS 2.47). Composed within this practice, we come to reside within our true self, which is that infinite wholeness, undivided and complete.

So when you are practising yoga, whether that is within your work, your relationships, or on the mat, observe for yourself if you are creating unnecessary separation or effort for yourself, and step away from that. In time, stillness and wisdom will come, and you will be within the authentic self.

Matthew is a graduate student of Yoga Gita teacher training and currently teaches at the Home of Yoga in Perth, Western Australia. More of his articles can be found at thesimpleyogi.com/blog.

*End note: Matthew was a student who had been taught to engage in effort. When he first observed a class with Yoga Gita, he mistook the absence of effort as laziness or timidness. During his time during a teacher training course, he came to appreciate the wisdom and power of being without doing, or inaction within action, and subsequently passes this profound knowledge onto his students.

If you would like to learn more about the teachings of Yoga Gita and in bringing such knowledge to life, you are welcome to join the yoga teacher training courses happening in India and Europe.