THE POWER OF SILENCE

Posted by Navya Arora on August 11, 2015 in Blog | Comments Off on THE POWER OF SILENCE

Communication is the most basic thing that connects people. Of course, since we live in a society, we need to communicate. But at the same time there is a much greater need for a person to be in silence as well. Yoga gives a lot of importance to the practice of “Mauna” or “silence” and much has been said about it in the ancient texts. In today’s modern world when life is busy and complicated, the importance of the practice of silence has increased manifold. 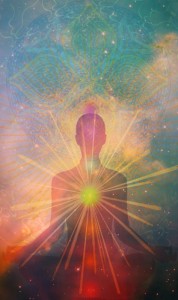 Speaking is considered as the expression of ego in the subject of yoga. So when we say “silence”, the first thing that comes to our mind is “not speaking”. “Not speaking” is one form of silence but it is just partial silence, because one might not be speaking or talking at the outer level but there still goes a lot of communication in one’s mind. Complete practice of silence requires that one should maintain silence at mind level as well.

If we take some time out to observe our own thoughts, we will notice that we are continuously involved in the thinking process and that we just keep jumping from one thought to another. And all of this happens without us having any control over it. Thus, we have no control on our own thinking process. Astonishing right? The practice of silence is aimed at silencing the mind. The mind is always talking (in the form of thoughts). In the practice of silence thus, one tries to maintain silence at the mind level and not just at the physical (oral) level.

Silence or Mauna is one of the most effective practices in order to build awareness. It is only when the mind is silent that a person can be with his own “self”. Silence gives a person a chance to just observe his own thoughts. When a person observes his own thoughts from a neutral angle, it then gives him a chance to analyze his own mind set. With this self-analysis comes a possibility of breaking of the mind patterns and thus the happening of evolution.

HOW TO PRACTICE SILENCE

One doesn’t need to take out a separate day or schedule separate time for practicing silence. The practice of silence is a very simple practice. It can be incorporated in your daily routine. So when you are involved in doing an activity, may be cleaning or cooking, make sure you are totally with that activity and not let any thoughts enter your mind. When you do that you are in silence.

THE ESSENCE OF SILENCE

The practice of silence of course brings the mind to the presence but it also has another beautiful effect. It brings the quality of “Acceptance” in a person. The person begins to accept the things, the people and the situations as they are. When silence does not remain a mere practice but becomes the lifestyle of a person, it leads to ceasing of all the “reactions” even at the mind level and thus brings stillness to the mind.